For daring to call Nigerian seafarers indisciplined and lacking in dedication to work, a group of seafarers under the aegis of Maritime Professionals Forum (MARPRO) has lambasted the President of Nigerian Shipowners Association (NISA) Alhaji Aminu Umar.

DAILY TREND NEWS reported at the weekend that, Aminu Umar at an event organised by the Nigerian Maritime Administration and Safety Agency (NIMASA) said shipowners prefer to engage foreign crew because of their discipline and dedication which most Nigerian seafarers lack.

He referenced an ugly incident that occurred in year 2010 when 16 vessels were washed ashore in Lagos and all of them were manned by Nigerian crew who left the ships to go clubbing on the island.

Reacting to these allegations, spokesman for MARPRO, Capt Segun Akanbi described these comments as a very sad and flimsy conclusion from an assumed reputable stakeholder. 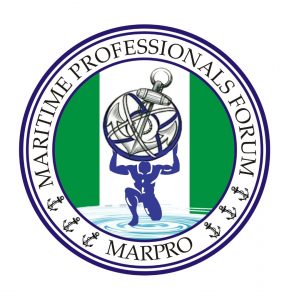 He argued that most of the ships that were washed ashore in 2010 as referenced by Aminu Umar, were all derelict that has since been abandoned because the owners failed to pay their crew.

“On a Live Broadcast, he (Aminu Umar) assassinated the character of National Heroes, on a special day the entire world has chosen to recognize her unsung heroes. That was a very sad moment”

“90% of vessels affected in 2011 are derelict, unlit or no bunkers. So many of the ships were abandoned because of poor welfare of the crew, company bankruptcy or legal cases”

“Some of the shipowners deviced a completely low standard of manning, keeping scanty crew onboard for security duties only. Such vessels lost or drag Anchor during the storm and drifted to Beach. How is that suppose to count against Nigerian Seafarers for him (Aminu Umar) to tag us indiscipline?

“It’s easy to pass derogatory comments on Nigeria seafarers, meanwhile, some of the so called shipowners lack maintenance culture”

“Shipping business is not a childs play, a lot of people got their hands on start-up capital without a thorough analysis about running a ship. When this vessels are out of contract for a week, those owners become paranoid”

“Unlike Mr Aminu who fails to realize that Nigerians are handling 7th Generation Drillships, more sophisticated vessels with integrated automation systems without any stress.

“His ships are basics of a ship in terms of technology. So if he assumed Pakistanis and Indians are better choice for him, he should continue, We bury time capsules for ourselves and for posterity.

“I need someone to ask him, how much has he invested in capacity building, he tries to relate his company with NLNG vessels, since his company existence how many Nigerian Captains has he produced, what has his employees got to say about him?” Capt Akanbi stated.

The MARPRO spokesman however commended few Nigeria companies who trusted in seafarers abilities, pay good salaries, standard welfare and accord them their due respect.

He said “These companies know themselves. We shall not let Aminu’s remarks affect our strength, it’s our passion and we re doing it without stress”