Skip to content
July 7, 2022
By DAPO OLAWUNI
Following the outbreak of Coronavirus in Wuhan, a mainland Chinese city, and its first recorded case in Africa, the Maritime Workers Union of Nigeria (MWUN) has called on regulatory agencies at the port to be alert, even as it has stressed the need for sensitization of Nigerian dockworkers and seafarers. 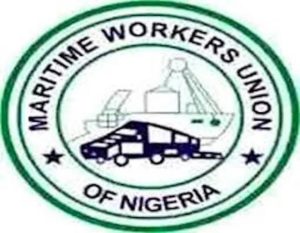 The seafarers and the dockworkers are the first point of contact at the seaport whenever a foreign vessel is coming into the country.
Speaking in an exclusive interview with DAILY TREND NEWS on Monday, President General of MWUN, Comrade Adewale Adeyanju called on the Nigerian Immigration Service and the Port Health to be on their toes and approach vessels with utmost caution.
He said that the union is embarking on sensitization of its seafarers and dockworkers on the CoronaVirus and how to protect themselves always.

More than 2700 coronavirus cases have been confirmed, with 80 recorded deaths in China alone, prompting countries around the world, including Nigeria to shore up surveillance and screening at airports, especially for travelers arriving from Wuhan in China where the outbreak began in December.

Aviation authorities in Nigeria has directed airlines operating in its airspace to update crew members on how to handle sick passengers on board their aircrafts.

Our correspondent however gathered that at the Nigerian Seaports so far, their is a poor level of awareness on the coronavirus.

Comrade Adeyanju in the interview with DAILY TREND NEWS however assured that “As from next week, we are also going into sensitization programs with the dockworkers and the seafarers.
“The Nigerian Immigration Service also needs to wake up and do their job, the seafarers coming into our ports now, nobody knows the type of sickness they carry”
“I was told that the Corona Virus emanated from China.
The Port Health also have to wake up, the immigration service needs to also be very careful before they board any vessel, they must be well kitted, this is a serious matter that involves the life of dockworkers, seafarers and other port users” he said

Coronavirus are a large group of viruses that are common among animals, according to the US Centers for Disease Control and Prevention.

In rare cases, they are what scientists call zoonotic, meaning they can be transmitted from animals to humans. The viruses can make people sick, usually with a mild to moderate upper respiratory tract illness, similar to a common cold.

Symptoms include a runny nose, cough, sore throat, and infected persons may have headaches and maybe a fever, which can last for a couple of days.

Meanwhile the Maritime Workers Union of Nigeria (MWUN) has said that payment of severance package to disengaged Tally Clark’s and Onboard Security Men have been concluded at the Eastern ports.
Recall that the payment for the Lagos zone have already been concluded.
Comrade Adyanju told our correspondent that 217 workers were paid at  Onne Port, 257 at Port Harcourt

while Koko Port had 57 workers.
Speaking, he said “I am happy to inform you that at the Eastern ports, they have finished the payments, our people arrived back yesterday, they spent four days at the out ports including Port Harcourt, Calabar and Onne, they have finalised the payment of the Tally Clark and Onboard Security Men”
“They started the process last week Tuesday and they came back yesterday, so everybody have been dully paid their severance package”
“Small pockets of administrative errors would be taken care of by NPA and their contractor, in the case of people who lost their husbands, they would be required to swear and avidavits, confirming the next of non of the bereaved , if you ask them to bring letter of administration, it could take longer” he said.