Truck Transit Park Limited, the company responsible for the operations of the Electronic Call-up System; ETO which was introduced by the Nigerian Ports Authority (NPA) has announced a drastic drop in the cost of transporting cargoes from Apapa port.

The Chief Operations Officer of the company, Mr Temidayo Adeboye stated this at a media parley in Lagos on Thursday.
Adeboye stated that the electronic call-up system has been largely successful and it has brought about sanity in Apapa.

Before the call up system was deployed, transporting cargo from Apapa to locations in Lagos was N1.5million, but it has now reduced to as low as N300,000.

Before ETo, cost of haulage from Apapa to Lagos warehouse was above N1million, it has dropped to less than N400,000. A forty foot container formerly transports for N1.5 million but it’s now N400, while twenty foot previously N800,000 is now transported for N200,000.

Adeboye also stated that the ETO application has never been hacked, but truckers in the past only tried to duplicate and forge the tickets issued.

According to him, the only challenge against the call-up system is the ongoing road construction along Tin Can Port axis, as well as activities of petroleum tankers and tank farm operations.

He assured that the company is set to bring the oil and gas operators onboard the ETO platform. 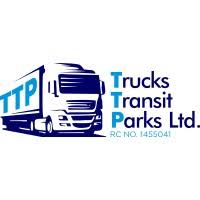 “People are beginning to come to terms with the fact that the ETO technology is working and that is why there is sanity in Apapa ports
As we have added technology, we have removed the human interface”


“Right now, we have very few people going to the port gate with fake tickets of eto, we have heard cases of stolen tickets, but I would still tell you that the Eto application has never been hacked”

“The only thing that happened in the past was people taking our tickets to business centres to photocopy, edit and use these tickets.
Right now, we have found a way around these challenges, such that even those edited tickets can no longer work”

“We want to appeal to stakeholders not to be in a hurry, let us all follow the process and everyone would come out at the right time”

“The same technology applied at Apapa Port has been applied at Tin Can Port, but the major challenge at the Tin Can Port is the amount of road construction going on around the area. The construction company did not provide any palliatives, all the trucks are passing on a single lane, you have the area boys, the union and everyone, it is like a mad house”

“NPA has now reached the Federal Government and Lagos State Government for the contractor to provide palliatives, when this is done, it would reduce the madness going on there” he said

Adeboye reiterated that after fixing the port bound trucks which takes about 50% of the traffic in Apapa, the next step is to face the oil and gas trucks.

“Once we do this, we can now move to independent marketers, they are rich, they can come together,aquire a land in Apapa for their truck park.

“The only people not using Eto and making life difficult for us in Apapa are the oil and gas traffic. Though their unions are coordinated, but it would be better we have them on Eto so as to move them electronically. It would kill extortion completely and ensure flow of traffic”

He lamented that the 31 hectares of land at Bola Ahmed Tinubu (BAT) truck park in Orile, Lagos is not being utilised by the tanker drivers because they prefer to park on the roads, with this, the investor of the park has been unable to recoup his money.

He said that right now, the NPA has about 29 truck parks that could hold 7,500 trucks, hence, there is no excuse for any container truck driver to be parked on the road.