Skip to content
November 27, 2022
Chief Executive Officer of Nestellos Gateway Group, a frontline operator at the Port Harcourt and Onne Port,
Chief Earnest Elochukwu has argued that contrary to widely held views that insecurity at the eastern ports was why importers prefer to take delivery of their consignments in Lagos, the insecurity is being exaggerated.
Speaking with our correspondent last week, Elochukwu said the wrong impression is being created about Nigeria in order to scare away investors. 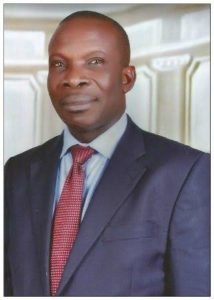 He expressed supports for the recent policy by the Nigerian Ports Authority (NPA) that any vessel that has stayed at Lagos seaports for four days without berthing would now be diverted to other ports, either in Lagos or eastern ports.
He urged the federal government to carry out a balanced use of Nigerian seaports, and for them to designate the various ports in the country for specific cargoes.
“I think there is a wrong impression created that there is insecurity at the eastern port, the challenge is about Nigeria as a whole”
“The movement of cargoes to eastern ports is not something that should be because there is congestion at Apapa and Tin Can Port , these ports were built with public funds, and in other countries there is deliberate allocation of cargoes or tonnage to various ports to ensure that there is a balanced use of the port”
“But a situation whereby it was  left on its own to run, maybe the shipper prefers Apapa port because it is closer for them to drop the cargo and do, but this is not good for our maritime industry”
“We can actually look at the issue of the congestion to see how we can do equitable cargo distribution in the country, because some of the factors causing the difficulty are created because there is scarcity around there”
“The port in Calabar and in Warri should be serving a purpose” he said
He urged all shippers and maritime operators to see the reported insecurity at the port as a national problem.
While speaking on the recent NPA policy, he said it was a good move, but that NPA should be ready to cushion the cost of transporting the cargo back to Lagos by the importer.
“In advanced countries, the government is supposed to take up the cost of moving the cargoes from Lagos seaports to any other port, but the federal government here would not want to do that” he said

PIRACY: For Second Time in 2022, Korean Tanker; B Ocean Hijacked in Gulf of Guinea

Transport Minister Nostalgic As he Visits his Old Office At NIWA, Port Harcourt